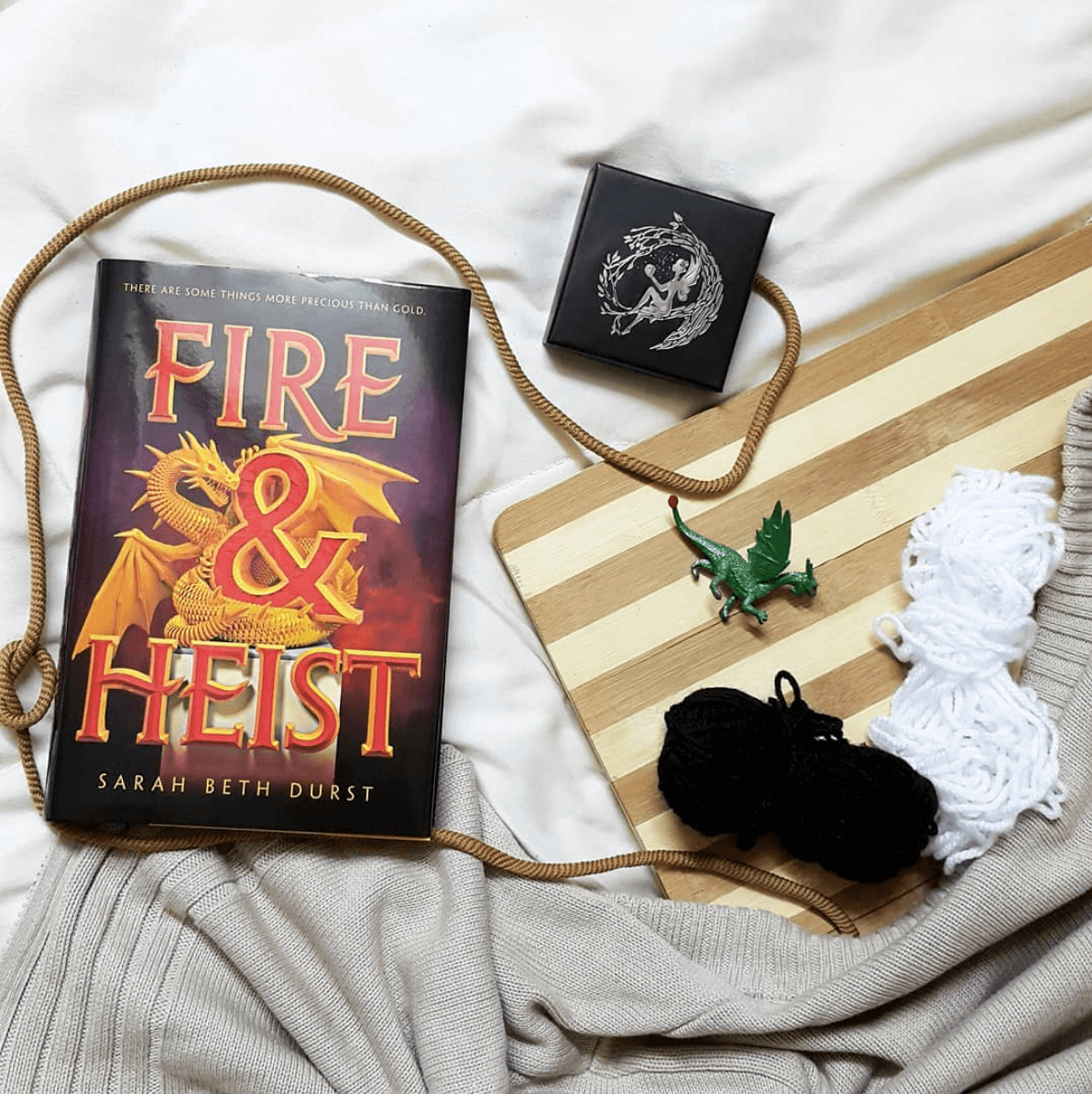 Happy Wednesday, one day closer to the weekend! We will also be half way through Fire & Heist after today, it’s going by fast isn’t it?!

Welcome to Day 3. I loved how we all pretty much already fallen in love with Gabriella yesterday even if we only had a few pages with her. I’m here for all the friendships in books!

Please be warned, the following will include spoilers for Fire & Heist chapters 1-12 inclusively. Read only if you’ve finished those chapters!

Gabriella basically figures out what the dragons are really all about and confronts Sky about it. Sure she got some details wrong, but damn girl can do her research! I’m so glad that Sky did decide to trust her with all the secrets; as I understand it’s a big no-no to tell a non-wyvern about some of this. I feel like Gabriela’s reaction is basically what any of us would be if we were told Hogwarts is real and we are possibly going there, at least that’s how I would feel. Sobbing seems appropriate.

Gabriella is now officially part of the crew and I’m really happy about it!

Maximus has a car plate that says THE WIZ and then comments that he’s hiding in plain sight. I think I love him.

Sky really seems to be made to lead, she is very headstrong and seems to radiate confidence. Of course we are in her head so we know nothing is as smooth and effortless as it can seem, but when ever is it? They go through the plan in detail, which I really like as a reader because it almost feels like Ocean 11 and when they speak about the plan you can sort of see what they’re doing as they speak. Or is it just me who plays a suspenseful music in her head to add to the effect?

One thing I don’t think they really focused on is the fact that Sky needs to use her fire breath to open the lock, of which I don’t think that she is capable of just now. We also note the fire beast will only be down for 30 minutes. They brush it off as plenty of time. Plenty of time for THINGS TO GO WRONG more like! I swear, books made me paranoid, I’m just looking at all these things and think what could be the end of us. Am I okay?

You must be sick of hearing this, but I just really love Gabriella, she is so sweet and mesmerised by every magical detail. I mean come on, she is wearing a unicorn themed T-shirt every day she tries to drink the fire repelling potion and go through the fires unharmed. Because her prize is a unicorn horn. Because of course it is. Hopefully no unicorns have been harmed in the retrieving of the said horn.

Okay my current theory is that something will go wrong when they get to the fire beast and from the stress of the situation and her friends being in danger she will turn into a dragon herself and that’s how they’re going to go past it. Maybe unlikely, but I’d be down for that!

Many of you theorise that either the talon, the gem or something in Ryan’s house will be related/or will be the Door. And I have to absolutely agree with you, it’s a very good plot device that would be silly if it wasn’t used somewhere.

Sky is really betting on the family giving her information on her mother when she has the gem of theirs. But why? That’s a risky assumption about a man who doesn’t seem to be the most cooperative. Even if he did speak, we don’t even know that the family is holding her mother or that they would know enough to let her have that information. What do you guys think?

I quite like this training stage everyone is sort of trying to best their weaknesses. And Sky did after all focus on hers, so I’m relieved. She actually has managed to breathe fire even though it was only because she was angry at Ryan. Uh, still can’t trust the guy but he does seem to be trying to help her and I can’t see why he would betray her later unless it’s concerning something that we are not yet aware off.

Quite a lot of things happened at the last chapter for us today.

The brothers obviously choose such an inconvenient time to be the best brothers in the universe, how dare they? My feelings!

They barge in on the night of the heist and demand sibling time with popcorn and the movie. After some further convincing her brothers do let her know that the reason they are laying low is because the council has threatened to shun the family entirely, almost to make an example out of them. But Sky is right, that seems very disproportionate for the ‘crime’ her mother committed. What nonsense! She decides that there is something not quite right and with this unease we continue on with our heist.

It’s the evening of the heist, and you know what that means! IT’S HEIST TIME TOMORROW! I will not be surprised if a lot of you have struggled stopping after chapter 12 so if you did read on just please be mindful of spoilers in the comments! ^^

Hit us with your thoughts!