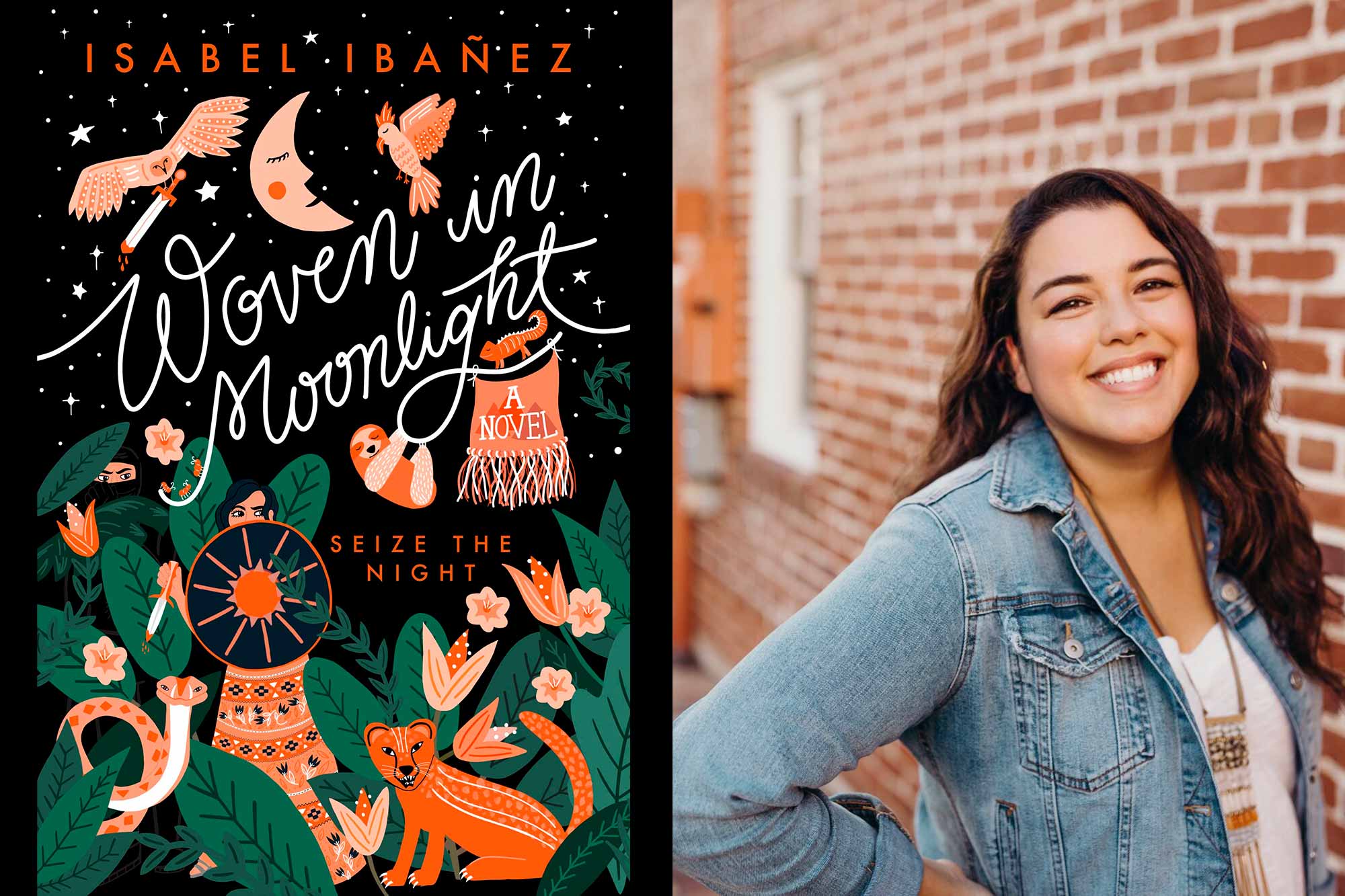 About Isabel Ibañez
Isabel Ibañez was born in Boca Raton, Florida, and is the proud daughter of two Bolivian immigrants. A true word nerd, she received her degree in creative writing and has been a Pitch Wars mentor for three years. Isabel is an avid movie goer and loves hosting family and friends around the dinner table. She currently lives in Winter Park, Florida, with her husband, their adorable dog, and a serious collection of books.

What inspired you to write WOVEN IN MOONLIGHT?

I always knew I wanted to write a story about Bolivia, it’s a beautiful country with rich foods and lush greenery, beautiful art and dangerous jungles. The magic came to me first, the idea of Ximena weaving by moonlight, hiding messages and sending it back to the resistance.

Did you have to do any special research for WOVEN IN MOONLIGHT?

Since my infancy, my mother sent my brother and I to Bolivia for the summers up until I turned 18. School would end, and that same day, my brother and I were on a flight to Bolivia until the day before school began again. Months of living with my grandparents, entrenching myself in their lives, the country, their customs, eating the delicious food. My experiences seeped into my bones and they were with me as I wrote WOVEN IN MOONLIGHT.

Describe  WOVEN IN MOONLIGHT in 5 words.

I am such a plotter! Before I sit down to draft a story, I always create an outline of all the major plot points, emotional beats and character arcs. This allows me to quickly draft manuscripts in about two to three months. From there, I take about two weeks off from the story and then I start revising. This is a very methodical process with a mega long list divided into three sections titled small, medium and big edits. I tackle the largest edits first and then make may down the list, working chapter by chapter in scrivener. Once I’ve finished the first round of revisions, I then send it off to my critique partners. I’ll revise again and then I’ll send it the manuscript to a beta reader. Once I’ve revised the manuscript again, it’s ready for my agent!

There’s this moment between two characters, in between some of the action scenes, when they are having a conversation that startles them both. I think they realize they’ve somehow found common ground, and it surprises them. I loved writing that scene because I’d realized then that I’d been steadily writing to that moment. That first turning point that brings about lots of change—some of it hard, but most of it needed.

I listen to a lot of movie soundtracks! My favorites tend to make me feel something, reminding me of epics, adventure, a slow romantic moment.

Here’s what I always have near me while I write: a cup of coffee or sparkling water, lip balm, and a candle. During writing retreats, I tend to snack more. I’m a sucker for olives, cheese slices, almonds, and dark chocolate.

THE BEGINNING! I swear I must have written the beginning at least half a dozen times!

WOVEN IN MOONLIGHT is a standalone but there is a companion novel coming soon. What can you tell us about it?

The companion, WRITTEN IN STARLIGHT, is set one week after the events of WOVEN IN MOONLIGHT. The story follows one of the characters you’ll meet early on, one who’s role, while important, isn’t central. The story takes place in a jungle inspired by the Bolivian Amazon, where there’s legend of a lost city made of gold. I am SO excited about this story, and here’s why: my father grew up in the Amazon, in a tiny village that was inaccessible by road. To go anywhere, he had to go by river, in a canoe he made himself. I grew up hearing his incredible stories, particularly one that centered around a lost city. I’ve wanted to write about it ever since.