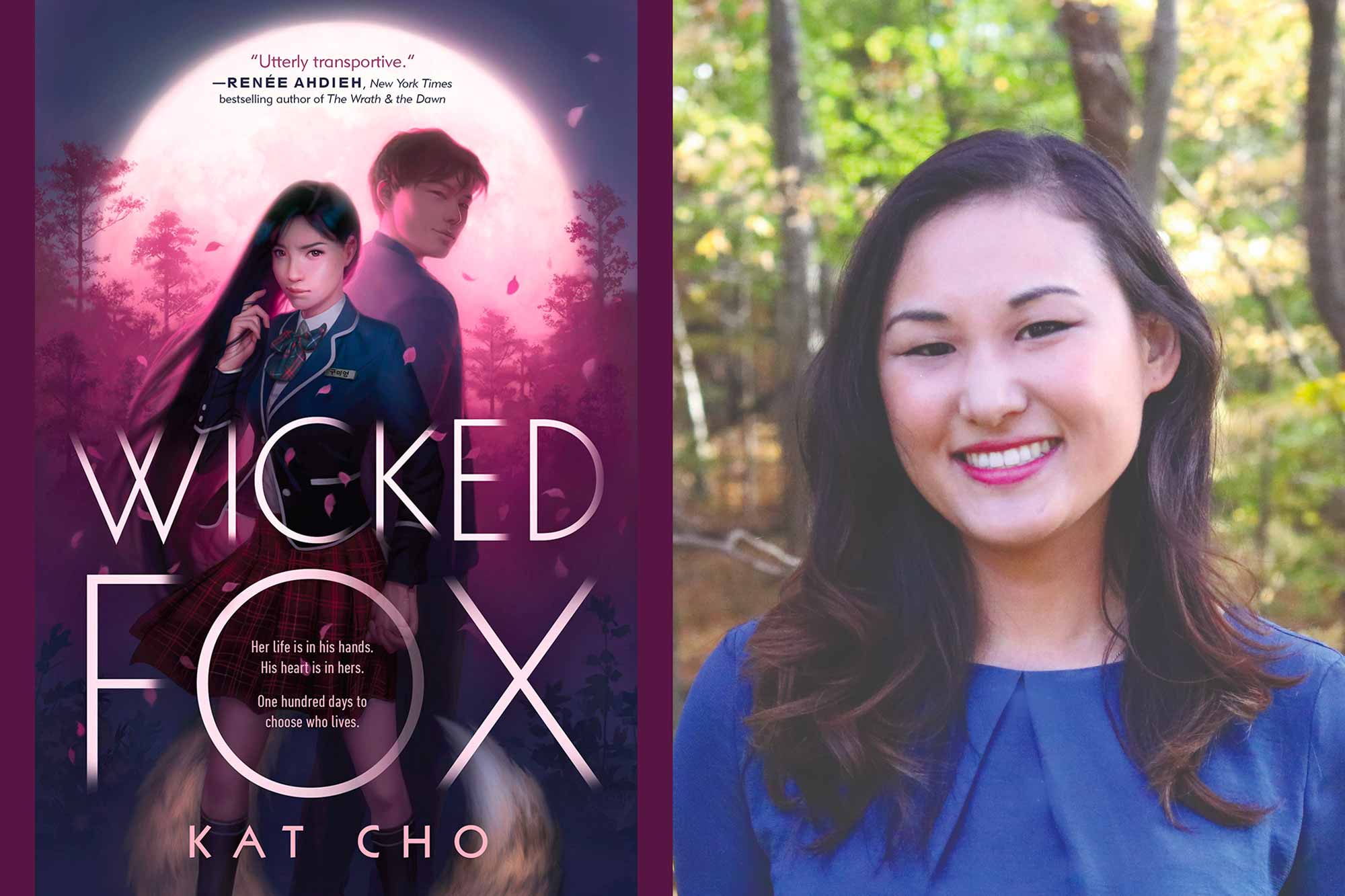 What inspired you to write WICKED FOX?

I was first inspired by the fact that I wanted to write a love-letter type story to a city that I hold close to my heart: Seoul. And I had also grown up with many Korean fables that had animal imagery. The one that stood out the most were the stories of wicked foxes, or gumiho. They were usually women and usually evil. After my time reading many vampire and werewolf stories where the concept of humanity and morality are thoroughly dissected, I wanted to do the same for the gumiho, but through the lens of my Korean heritage.

Did you have to do any special research for WICKED FOX?

I definitely re-read all the fox myths I’d heard as a kid and even did research into some new ones I’d never heard. I also visited my family in Korea a couple of times and even went back to a bunch of locations I’d spent significant time in when I was a kid or studying abroad in Seoul. It was a way for me to reconnect with the beautiful city and to make sure I was accurately representing modern-day Seoul as the city has changed a lot since my childhood!

Miyoung is a gumiho. Can you tell us about gumiho?

Gumiho are creatures from Korean mythology. They’re nine-tailed foxes that can shape-shift into a beautiful woman to lure in men in order to eat their livers and gain immortality. Within mythology they’re often seen as malicious tricksters who take the place of a wife or sister and use that disguise to murder and eat as many men as possible!

My favorite scene to write was for sure the playground scene. It was a bit of push and pull between two people trying to get the other’s measure. And it was the first time Jihoon and Miyoung truly have a conversation after that fateful night that she saved his life. It feels like a scene that sets up how they’ll see and treat each other as they build a tentative friendship. And it was a way for Jihoon to show that he’s not what Miyoung expects from the humans around her. I like how he kind of breaks that mold and begins to chip away at her shields. It was also just fun to have Miyoung constantly threatening Jihoon’s life.

I do! I have a whole WICKED FOX playlist! (https://www.youtube.com/playlist?list=PLge1dJesaj8C7i_hVvuCZia6CwJdTslpL) I’d say if I had to pick a “theme song” for Jihoon and Miyoung it would be “Stay With Me” by Chanyeol & Punch from the Goblin K-drama soundtrack!

There was a lot of responsibility with writing about my culture and heritage. While there are some amazing Korean authors that came before me and helped pave the way, there really isn’t a huge list of Korean (fantasy) YA novels out there. And I felt the pressure for presenting my culture in its complexity while also allowing myself the freedom to have fun and be creative with things. It’s hard because while I know some people are seeing Korean culture for the first time through WICKED FOX, I also wanted to be able to make things up since it is a fantasy world I’m building. So, there was a delicate balance there and I hope I achieved it!

What can you tell us (if anything) about the next book in this series?

The second book will continue to explore Korean mythology (though with a new creature at the center). Miyoung and Jihoon will be back and they’ll be getting into new trouble, but the story will truly focus on a new couple. Where Miyoung and Jihoon were (reluctant) friends-to-lovers, the new couple will be more enemies-to-lovers. And sparks will definitely fly. The second book will also focus on parental relationships much like WICKED FOX did. And there will be a lot of exploration about what love is and how love can sometimes be unhealthy if it’s not handled well.