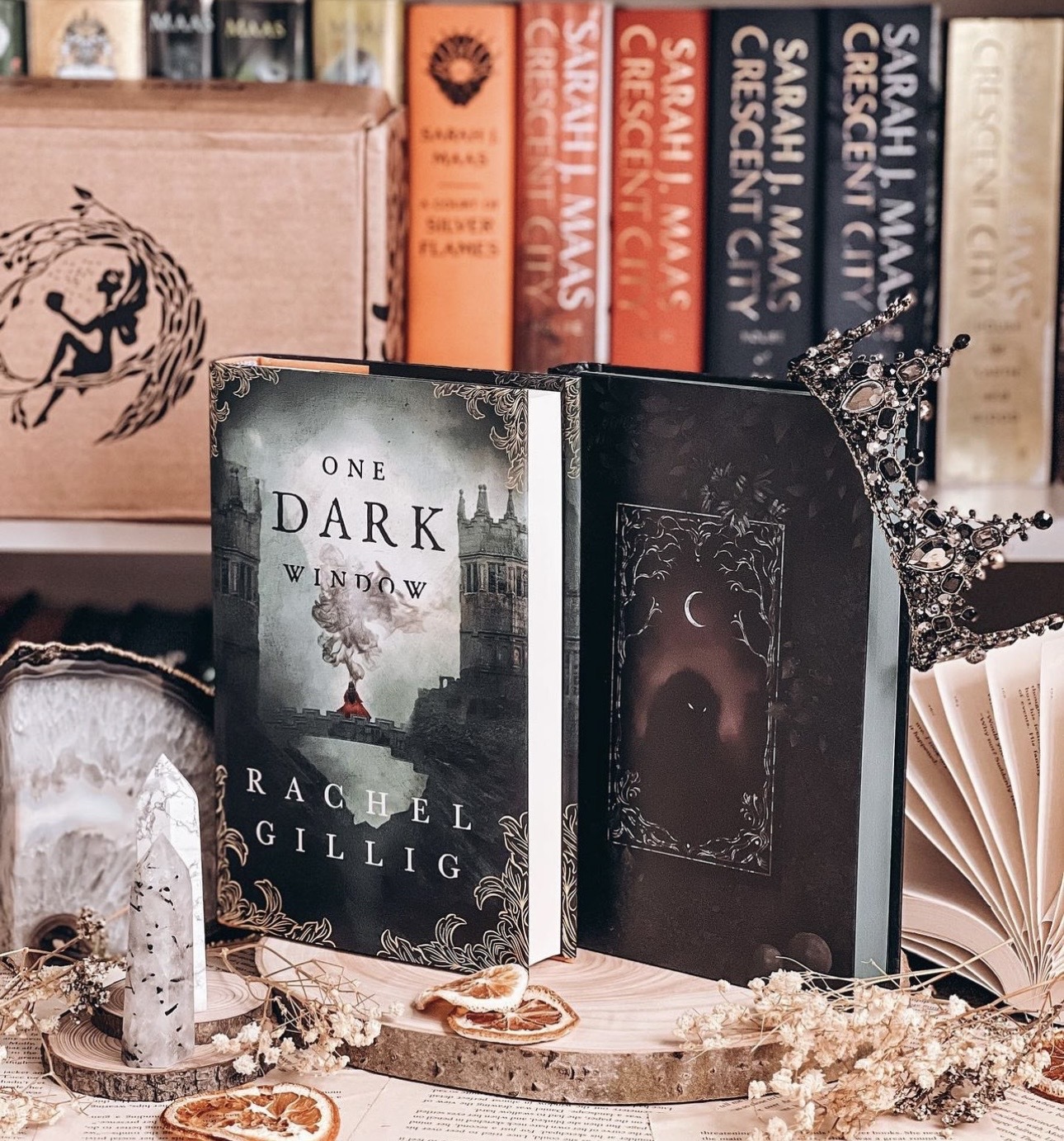 Welcome back to day 4 of our readalong of One Dark Window by Rachel Gillig! Things are getting tense, and with two sections to go I have a feeling these chapters will be full of drama!

Today we’re reading from Chapter 21 to the end of Chapter 27.

Please be warned, the following section will include spoilers for One Dark Window by Rachel Gillig, from chapters 21 to 27. Please only read on if you’ve finished this section!

I know they say you shouldn’t fight fire with fire, but I’m mighty glad Ravyn fought Hauth and injured his hand in the process! Not so glad about the subsequent whispers from Elm to Ravyn about how Elspeth has abilities they don’t know about and Hauth looks like he was attacked by an animal, not a woman. Elm wants Ravyn to use the Nightmare card on her. Thankfully Ravyn objects to it.

Ravyn takes Elspeth to see the cards they’ve collected, he teaches her how to access them and how to lock them back away.

I knew it! I knew there was real romance between them!

When Elspeth sees the man from her dream, she runs from Ravyn. She soon realises it’s not the Nightmare inhabiting her mind at all, but the Shepherd King himself. Part of her degeneration is that whatever the entity she absorbed is, it’s slowly taking over her. When she asks for his help, he becomes stronger and she’s losing control.

Market day comes around and a number of notable things happen, my favourite being Ravyn admitting he was reluctant about courting her because she was already on his mind too much and he worried it would distract him. My least favourite being Elm questioning Elspeth’s eyes, again, and Hauth ordering a public execution.

Elspeth takes the boy, with the help of the Nightmare, and successfully saves him. The price Elspeth pays is steep though, she let the Nightmare take control and he has attacked a Destrier. Luckily the second Destrier to find her is Ravyn. But he notices her yellow eyes.

Elspeth has a really lucky escape thanks to Ravyn covering her tracks, but it’s not the end of the drama, because Emory has run away from Stone.

When they find him, he seems different. He doesn’t remember Elspeth. He seems a lot more coherent.

Elspeth finally admits to Ravyn that she’s degenerating. She explains that’s why she attacked Linden and why Elm is losing trust in her.

I’m glad we got to see a more coherent side of Emory though because his vibe was off before. He actually seems very nice!

See you tomorrow for our final section!