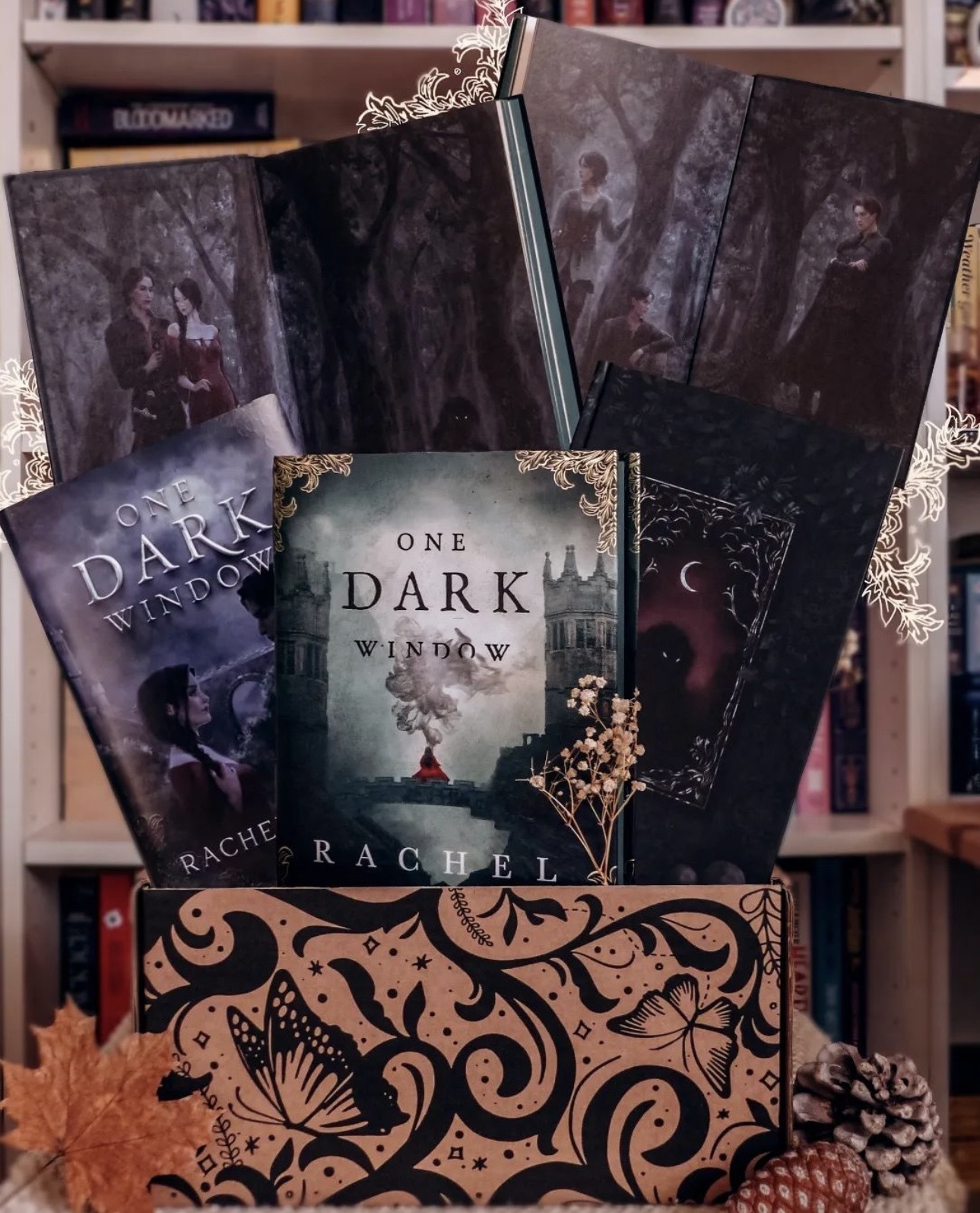 It’s the final section, are you ready to find out how One Dark Window ends? I am SO scared!

Today we’re reading from Chapter 28 to the end of the book.

Grab a snack, get comfy and let’s read!

Please be warned, the following section will include spoilers for One Dark Window by Rachel Gillig, from chapter 28 to the end of the book. Please only read on if you’ve finished One Dark Window!

Elspeth catches Emory and asks him to touch her and tell her what he sees. He tells her she doesn’t have long until he takes her over.

Hauth tricks them all into sitting down with him for a round of truth telling with him and his Chalice card. It starts off with Hauth being asked if he’s jealous of Ravyn – yes. Has he been with another woman since his betrothal to Ione – yes. They each take turns. When it’s Ravyn’s, Elspeth asks if he’s still pretending – he never was. Then, Elspeth’s turn. Ione asks if she’s in love – yes. Hauth asks what happened to her arm. Then just when it seems things can’t get worse, Ravyn uses the Nightmare card on her. His aim is to help her, but he doesn’t realise what he’ll see. Elspeth falls to the floor, coughing up blood. So they know her secret now.

Somehow, their luck just improved. Elspeth’s father just… hands the Well card over to her? He was given it by Elspeth’s mother and now he’s passing it onto her.

Her uncle’s next to visit her but he’s acting awfully sketchy… he takes her to visit her aunt, but it isn’t her aunt at all. It’s Hauth. What’s worse is that he didn’t even use the Scythe card on her uncle, he’s handing her over willingly.

There’s no one here to help her. Hauth knows she’s infected and he wants to use her to catch Ravyn and the others out. She asks for the Nightmare’s help once more, knowing what it will cost her.

When Ravyn finally reaches her, she’s strange. She’s killed Orithe, injured Hauth and she’s oddly calm. Oddly calm about the fact she’s killed Orithe knowing it was his blood they intended to sacrifice in Emory’s place. When Ravyn goes to hold her, she snarls at him and it’s then he notices her eyes, completely yellow. The Nightmare seems to have a plan though?The Nightmare aims to trade his life for Emory’s? He knows where the Twin Alders card is and he will help the King find it…

Well, that was a very, VERY wild ride and I did not expect that kind of ending… I need all of your thoughts, fairies!

Thank you so much, as always, for joining me for this readalong and I’ll see you again very soon for our next FairyLoot readalong!