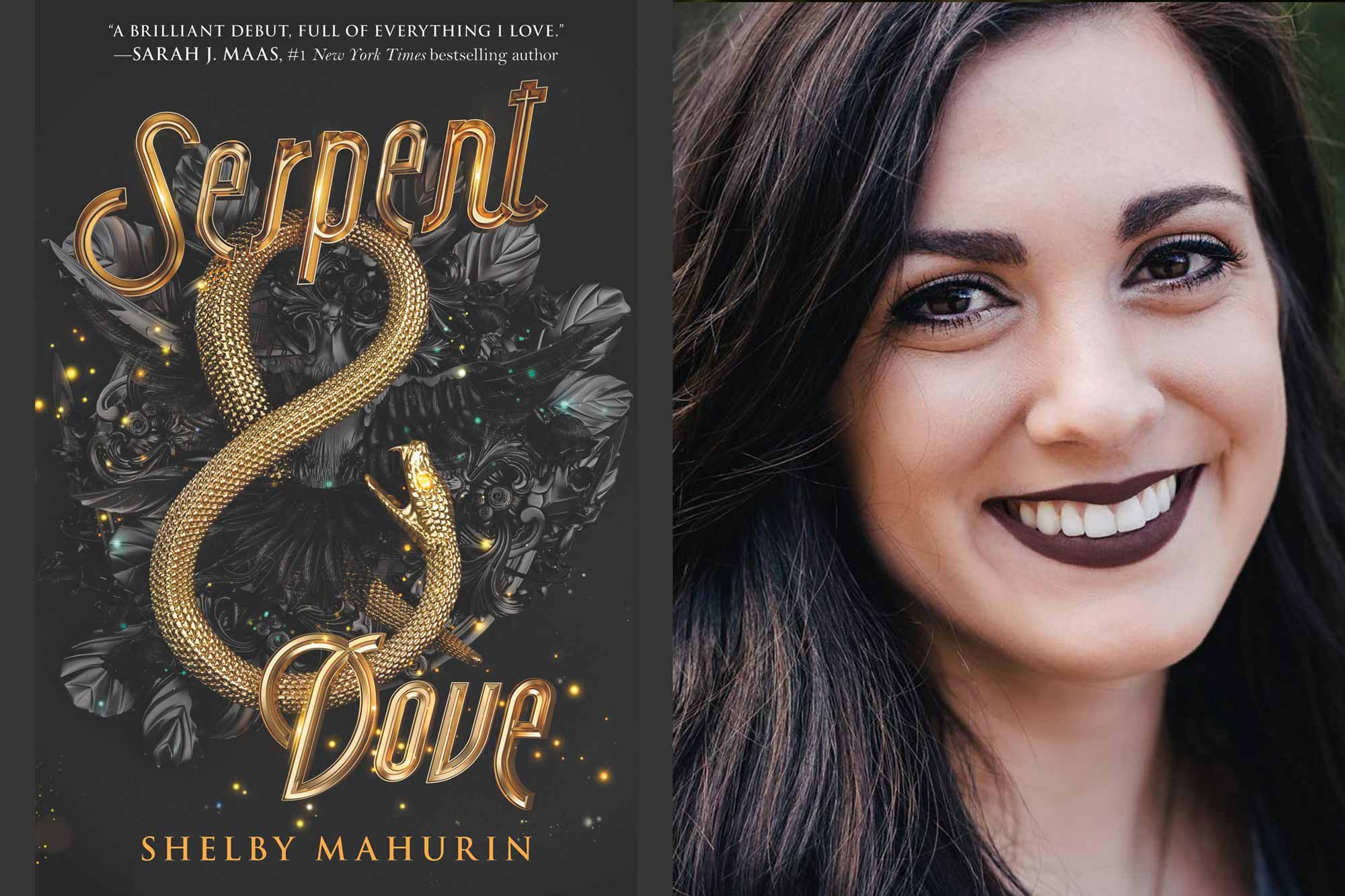 What inspired you to write SERPENT & DOVE?

Serpent & Dove is a love letter to many of my favorite things—French folklore, Claire and Jamie in Outlander, witches and magic, forbidden romance, Nina and Matthias in Six of Crows, etc. Specifically, Outlander Episode 2, Season 4 (“La Dame Blanche”) lit the spark of inspiration that started the whole thing!

Did you have to do any special research for SERPENT & DOVE?

I did! I took some time to research French folklore, specifically les Dames Blanches, in order to create my own version of the mythical women. While SERPENT & DOVE is not a strict historical fantasy (the story takes place in the fictional kingdom of Belterra, which is only inspired by France), I also researched hierarchal structures and practices of the ancient Catholic Church and traditional celebrations of Wiccan-influenced paganism. The research for this book was fascinating!

Lou and Reid are such different characters. How would you describe them?

Ha! They’re polar opposites! Where Reid is reverent, Lou is irreverent. Where Lou is coarse and crass, Reid is prim and proper. He’s driven by duty and morality, while she’s driven only by survival. Her sense of humor is a bit sharp (and always inappropriate), while he doesn’t have much of a sense of humor at all. And she loves to antagonize him! It was so, SO much fun to write their interactions.

Oh my goodness. If I have to choose, I think it’s the first time Lou and Reid venture into East End together, the time when they share a cloak. This scene comes after some really heavy stuff, and it was wonderful to write a quieter moment of the two truly getting to know each other. The banter was fun too!

Pacing. It’s my weakness. I can read all the craft books, but my pacing is still all over the place no matter how hard I try. Thank goodness for my agent and editor!

I have a SERPENT & DOVE playlist on Spotify filled with all sorts of angsty songs. For Lou, I loved listening to “Heathens” by Twenty One Pilots and “Feel It Still” by Portugal. The Man. For Reid, it was “Take Me to Church” by Hozier and Halsey’s cover of “I Walk The Line.”

What can you tell us, if anything, about the next book in the series?

I can’t say much because I’m still deep in revisions, so everything is subject to change! I can confidently say that we’ll meet lots of new characters in lots of new places. And there’ll be more magic