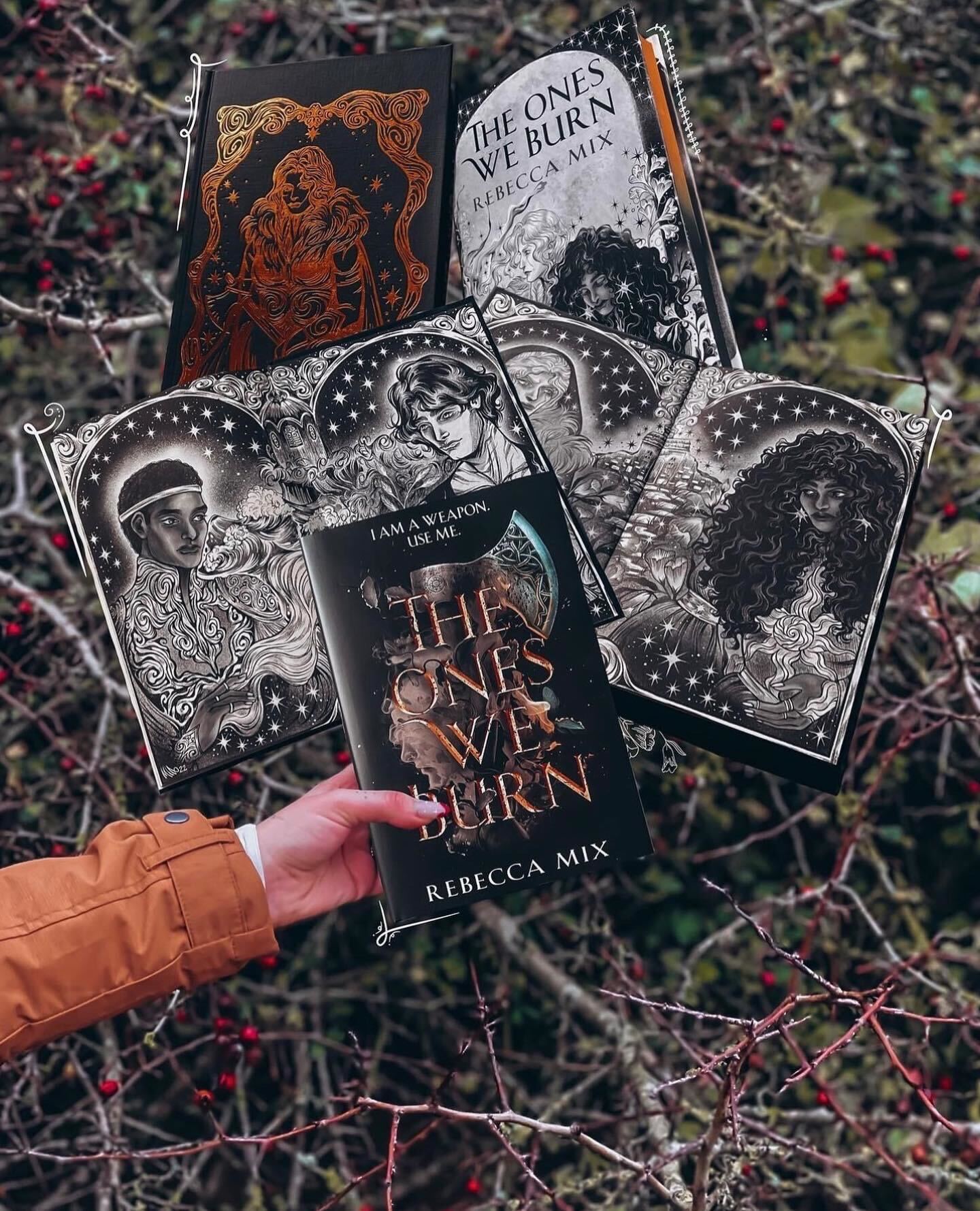 It’s the final section of our readalong of The Ones We Burn by Rebecca Mix!

Today we’re reading from Chapter 61 to the end of the book.

Please be warned, the following section will include spoilers for The Ones We Burn by Rebecca Mix, from chapter 61 to the end of the book. Please only read on if you’ve finished The Ones We Burn!

When Aramis wakes, she’s understandably furious at Ranka. The fury is put to one side for now though… as Foldrey is here! The happiness is short lived though, as they quickly put the pieces together. Foldrey was responsible for guiding the Hands to sabotage her work and giving Ranka’s blood over to the Hands. He says he’s here to help now though. Except his help involves taking over Isodal and locking up the Sunra twins. They accept his help, but Ranka vows to herself that he’ll pay for his hand in all of this.

Aramis’s anger dissipates when it’s time for them to get Galen back. Ranka volunteers herself, with no magic, no strength, injuries and no weapon, Aramis is worried she plans on giving up and makes her promise she’ll fight her way back to her.

In the heat of the fight, Ongrum gives herself a dose of winalin. Ranka pleads with her, calls her Mama, but she’s not Ongrum anymore, she’s a monster. In a last ditch effort to win, Ranka does the unimaginable, and plunges winalin into her own thigh. It causes her to face her demons, face Belren, and she manages to come out the other side. Winalin is too strong though, and she feels herself start to fade, and that’s when Aramis arrives.  She has the final vial of the almost cure, sobbing, she administers it to Ranka.

Two weeks later, Ranka is awake. Her magic is gone but the winalin in her system is dwindling. She’s called to council, where Galen resigns and passes the crown to Aramis. Ranka vouches for her, vows to revoke her coven, her land, everything, but only if it’s Aramis who rules.

Three months later, Percy and Ranka are set to leave. Galen and Aramis arrive to see them off, and Aramis asks why she’s going. Ranka thought she wanted her to… Aramis asks her to stay. With an extra ticket spare, Galen volunteers to accompany Percy.

Did the book end how you expected it to?
What would you rate it?

Thank you all for taking part in this readalong, and we’ll see you very soon for the next one!

4 thoughts on “The Ones We Burn Readalong: Day 5!”