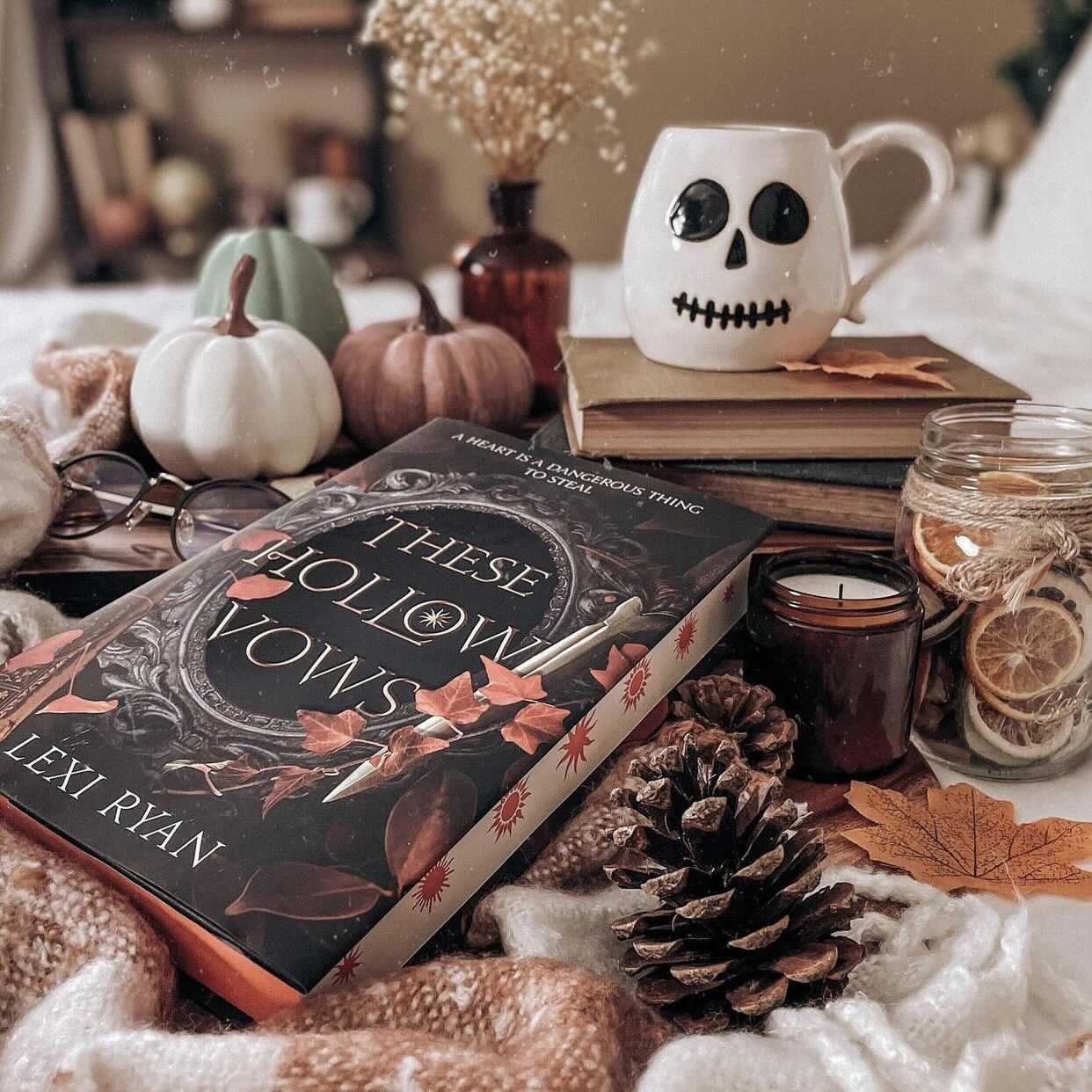 Its day 1 of our readalong of These Hollow Vows by Lexi Ryan, let’s do this!

Before we start, how is everyone? Who’s excited to start this book? I sure am. 😀

Today, we start from Chapter 1 and we will be reading to the end of Chapter 7! Keep your wits about you, it’s time to go to the Fae Courts. Join me in the comments to chat about it once you’ve finished reading this section.

Please be warned, the following will include spoilers for These Hollow Vows chapters 1-7! Read only if you’ve finished those chapters!

So we begin, Brie casually breaking into a vault with all the magic she can use. Gorst seems like a real piece of work with how he makes his wealth, all those contracts… and exhaustion is close to getting her caught.

She barely managed to get out, phew! Instead of heading home, Brie goes to her friend Nik’s house where she sees Nik’s daughter, Fawn, crying… her time is up on her contract with Gorst and she needs money. Aww Brie gave her some of the money to cover the debt to Gorst.

Jas, Brie’s younger sister brings news of the Seelie court queen opening the portal for humans to come – a human bride for the fae prince. Brie dislikes the faeries and why? Because their mother supposedly went there.. after abandoning them nine years ago.

We meet Sebastian, a mage apprentice. Do we sense a crush, Brie? Looks like he’s off somewhere for his apprenticeship and seems like he knows quite a lot about the faeries. Brie and Jas are short on money to give to Madame V! Brie finally agrees to go to the ball and Jas is in full swing of making them gowns. Sebastian is not happy… ooops. Seems like Brie and Bash have a lot unsaid.

Oh no! Bakken has taken Jas to the faerie traders. 😧

It’s true, Madam V sold Jas to someone in the fae realm, and Brie goes to the one who can give her answers, Bakken. Of course for a price he’ll give her answers- everything costs something.  Madame V sold her to the shadow king, the Unseelie ruler!!! What does he want with Jas?

And for the price of another lock of hair, Brie has a plan of action; go to the Seelie court, find the queen’s hidden portal and enter the Unseelie court to get her sister from the shadow king. Uh-oh.

On to the next problem, Gorst knows someone broke in and they left blood – this is so not good! Brie doesn’t tell Sebastian her plan and he leaves tomorrow. He gave a kiss and an amulet for protection. Brie is shaken awaken… Gorst has found her. She’s on the run and there’s an hour left until the portal opens. Girls are already dressed and lining up – hidden away Brie changes into a dress Nik packed.

Brie is in awe of the castle but she isn’t going to get in looking the way she does. Pretha sees her and helps Brie to get into the castle – magic to change her dress – who is Pretha? 🤔

She’s in the castle and stumbles into a dark haired, silver eyed fae… they dance to avoid her cousins. He’s intrigued by her scar she got in the fire as a child… interesting.  He tells her to hide and for the queen not to see her scar, she unravels the magic on her dress and hides in the shadows… she’s invisible? Omg she just went right through the wall.

Brie manages to find the armorie, and with minutes till midnight the silver eyes fae finds her. How did he managed to follow her.. ahhh! omg he’s from the Court of the Moon – the Unseelie court! He wants to help her, but why? so many questions and with seconds left Brie runs and she’s in. She’s in the Unseelie court and King Mordeus knew she was coming!

King Mordeus didn’t want Jas, he wanted Brie and here she is! he knows she’s a thief and wants her to steal three things from the queen, he’s impressed with her and how she got to the Unseelie court undetected, I mean – kudos to Brie but oh noooooo.

King Mordeus is not happy and using his magic, locks her up. Brie dreams of Jas, a strange story and somehow the silver eyed fae.. He’s willing to help her but she has to find him. A goblin appears to take her back to the King and Brie has reconsidered, she accepts his offer and so the game begins. The first object, a mirror and she must keep the prince close, but who is the prince?

A goblin takes Brie back to the Seelie court and Sebestian is there, dressed up and all with pointy ears… is he fae? 😮

He’s not just fae, he’s the fae prince and brie just kissed him! Brie is shocked, and somehow she’s invisible again and runs. So that’s why the King wanted her, because she already has his trust. Brie notices a familiar face and someone else with glowing red eyes but before she can do anything, she’s unconscious.

And that brings us to the end of today’s chapters! wow, in so little we find out some much. How are you finding it so far? Comment down below and I shall see you all tomorrow for Day 2.