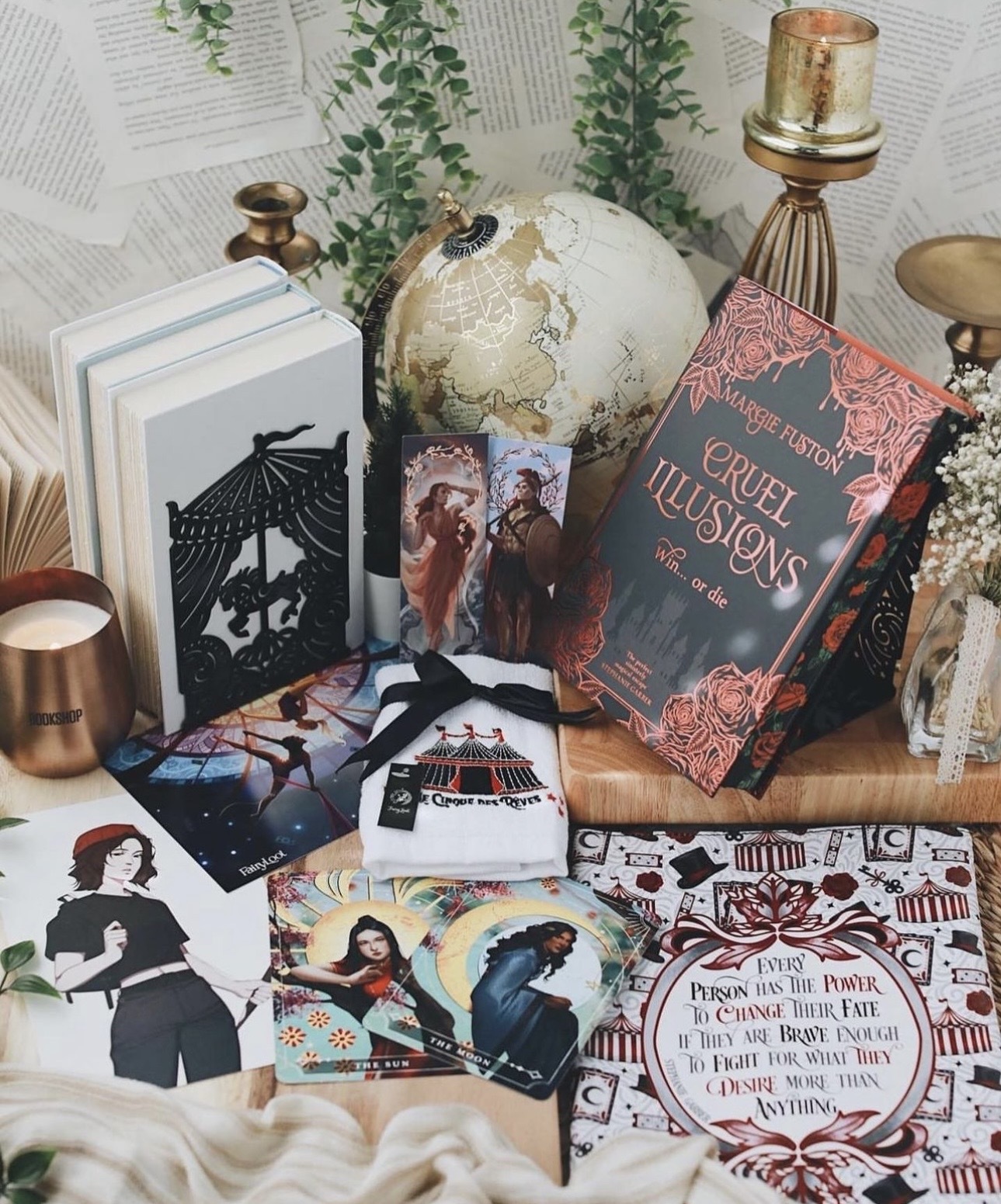 Welcome back to day 2 of our readalong of Cruel Illusions. I hope you’re all loving the book so far!

Today we’re reading from chapter 7 to the end of chapter 13. Let’s go!

Please be warned, the following section will include spoilers for Cruel Illusions by Margie Fuston, from chapters 7 to 13. Please only read on if you’ve finished this section!

Parker’s birthday party goes off without a hitch, that is, if you consider two extra uninvited magicians showing up to perform, one of which freaks the kids out shoving a knife through his palm (ahem, looking at you Roman).

When Deb calls a family meeting after the party, Ava is thinking the worst. Deb is giving them up. The real reason, that Deb wants to adopt them, isn’t a great thing in Ava’s eyes either though. Deb says she wants Ava too, even though she’s 18. She nods, but in her mind she knows she’s leaving tomorrow and Deb will only be adopting Parker. The next morning, Ava is gone.

Ava has a definite pull to Xander and Roman. Is a love triangle brewing? Anyway, no time to dwell on that! They’ve arrived at their destination. It’s spooky, iron spikes and red gems everywhere.

The opening ceremony is… mostly a success, if you ignore the fact that Ava almost lost her place. She’s still in with a chance though!

Training begins and Ava feels out of place, she thinks she’s used up all of her magic. She is making some progress though. And something else that’s progressing? The flirting between her and Xander!

A week passes and Ava is starting to feel like part of the troupe. She even has a girls night out. Although, it ends with Ava being stuck with a vampire and Roman saving her and helping her out of the situation. In return, he asks for a favour, for her to perform with him on stage.

Xander and Aristelle go first and their ease on stage makes Ava so jealous! But, her time is here! The act goes exactly to plan, until she thinks of Xander and Aristelle together, and her knife doesn’t land true, but into Roman’s thigh. She lost concentration!

Xander picks up on her jealousy when they’re off stage and assures her it’s just a performance. She doesn’t head back in with him though. She has too much on her mind.

In her naivety, she performs tricks and makes bets with men for money. They’re not just men though, she’s stumbled upon vampires, and she doesn’t have her stake or anything to protect her… Good thing Roman saves the day. Roman is angry though, because Xander hasn’t taught her how to heal herself. She says she won’t do it and won’t let him do it either, but eventually he just does it. Then, tries to give her the money to go home, back to Deb and Parker and Jacob. He’s adamant that it’s too dangerous for her but she’s stubborn, so instead he asks her to let him train her. Again, she says no. So he hits her weakness and offers to teach her how to kill vampires… And she agrees!

Do you think Ava made the right decision joining her troupe?
Any theories about what’s coming? Something sketchy must be afoot for Roman to be so adamant she needs to leave.
Team Xander or Team Roman? 👀

This has been an intense section, and I have a feeling tomorrow’s will be just as intense! See you then, fairies!