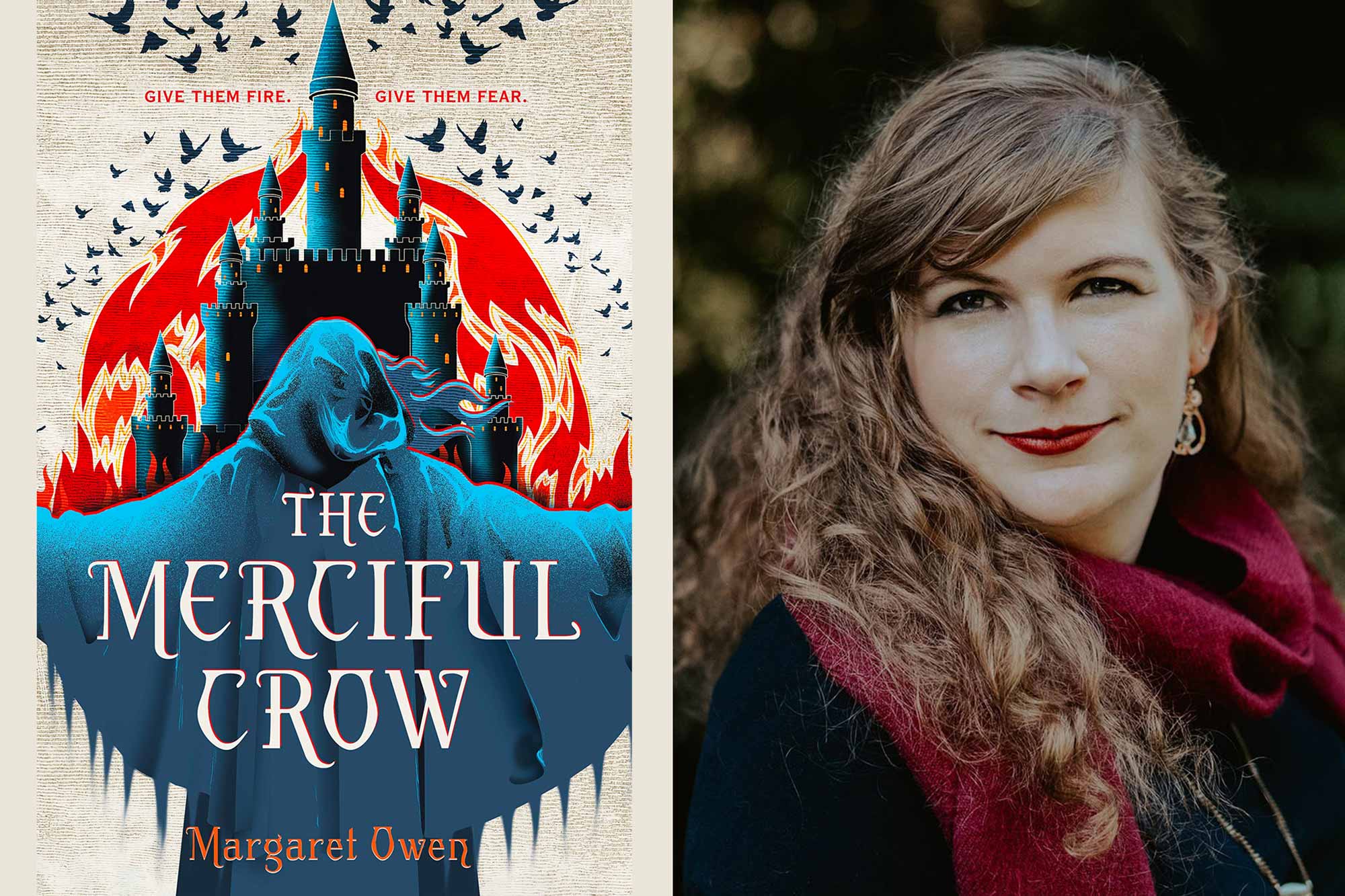 What inspired you to write THE MERCIFUL CROW?

There were a number of factors, but the real catalyst was coming across an article about the lives of executioners in medieval Europe, and how they were expected to serve society even though they were excluded from it. I found that duality—being necessary and still shunned—not just fascinating, but terribly relevant today.

Did you have to do any special research for THE MERCIFUL CROW?

Yes and no! I feel cheap glossing over certain things, like hygiene and nutrition, but since this is a totally new world, to some extent I could invent solutions. For example, Crows need to be strict about hygiene after dealing with the plague, but early soap involved a lot of rendered animal fat—something impractical for the Crows, who rarely spend more than a day in one place. However, some real-world plants have stringent sap that produces suds, so I made up these nuts called soap-shells. They’re more or less Fantasy Tide Pods.

I knew pretty early on that the main character’s people would be known as the Crows, given their beaked plague masks and ragged black cloaks that might evoke feathers. Sticking with the bird theme also let me draw a clear line between the rest of the castes and the royal Phoenixes, who are the only caste named for a mythical bird. It was one more way to cement how the rest of the nation treated them differently for being royalty.

Describe THE MERCIFUL CROW in 5 words.

Oh, the Money Dance is definitely up there! But my hands-down favorite was…without spoilers, the end of the second-to-last chapter, when Fie decides for herself what mercy means.

SO MANY. Though I can’t write to music that has lyrics, so I tend to default to original scores for games and film, such as Child of Light, The Witcher, Macbeth, Beasts of the Southern Wild, and Mad Max: Fury Road. That said, I find that certain lyrics will really resonate with certain characters and help me figure out where they should be going. For Fie, that song was “The Bleeding of Mercy” by Telepathic Teddy Bear; for Tavin, it was “Arsonist’s Lullaby” by Hozier; and for Jasimir, it was “Blue Lips” by Regina Spektor.

I tried to make a setting that felt really unique and distinct, and I strongly feel that fantasy is an opportunity to challenge our internalized biases. On the flip side, readers want to know how the world works, and you need to give them enough information to navigate the scene without info-dumping. When it’s a world that’s very different from what they’re familiar with, that is a VERY delicate balancing act!

What can you tell us (if anything) about the next book in this series?

Despite my enthusiastic lobbying, the title will NOT be 2Crow2Merciful. However, there will be more teeth, more fires, more uncomfortable secrets, and, of course, the cat. Really it’ll be worth the money just for Barf!