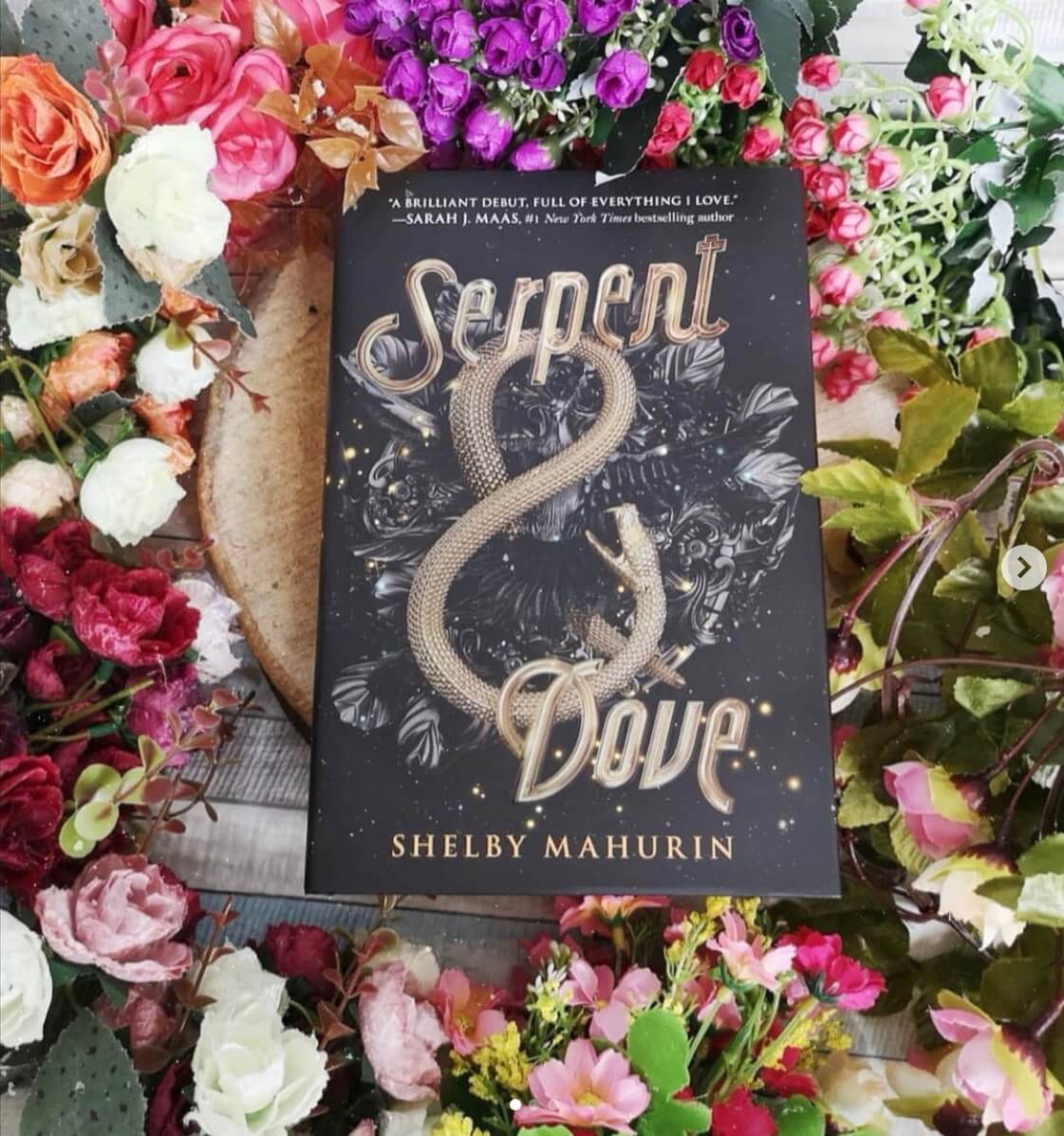 Welcome to day 2 of our Readalong for Serpent & Dove! Thank you so much for all the comments on yesterday’s post, I’m so thrilled to hear so many of you loving the book so far!

Erika pointed out that Diggory’s name makes her think of Harry Potter, I thought it was just me! I’m glad I’m not the only one!

Today we’re tackling pages 109-205 (damn no chapter number chapters haha!)! Brew yourself some witchy relaxing (maybe lavender?) tea and let’s get into it!

Please be warned, the following will include spoilers for Serpent & Dove by Shelby Mahurin pages 0-205! Read only if you’ve finished those pages!

“How dare you, I am a God fearing Christian woman now” – don’t really know why but this really left me laughing a lot! (Anyone else watches Pewdiepie?)

It IS insane that Reid expects Lou to stay in the tower when, as she pointed out, she agreed to wed to avoid imprisonment. Is he blind to the irony? I can’t blame her for wanting to do the exact opposite, I am not above petty principles either! (At least I’m self aware, right?) Although I must say I’m not sure what she was expecting, she can’t be too surprised?

I wonder when at some point when Reid inevitably discovers Lou is herself a witch, would her being baptised make him doubt the evilness of witches?

Also ooooh Madame Labelle might have been the informer! What’s her game in all this? Any guesses? And maybe the letter to bishop was a threat because maybe the little bastard has been a frequent guest? If so, plot twist!

Lou saying her relationship with her mother isn’t great really makes me believe what I suspected of who her mother is. I don’t want to say in case it is, but any theories from you?

Aw poor naive Ansel, not handling his pub songs. Cute. Why is he so adorable.

Wait wait wait what?? We just got up to the forbidden section of the tower and Coco is there???

Seems like a curse hospital, for those unfortunate to cross path with reckless witches. Damn, the bug one was brutal! Maybe they could try and heal her? I feel so bad for that woman she clearly wanted some company too!

And of course there’s a section to experiment and see where the magic comes from. Because of course! All their shouts of blasphemy would go null if they could tap into magic themselves, ah good old hypocrisy! I’m sure it would also be named some holy-power too! The audacity *shakes angry fist*!

“What was the torture device father Orville was carrying? You mean the bible?”

They are developing an injection to paralyse witches. It’s a horrible faith but seeing people who are hospitalised here one doesn’t know if we can blame them.

But the girls are back together and they’re going to practice magic. Yay I’m excited!

Bas got caught and now Lou is worried he will betray them for his own safety. We have a little bath moment where Reid seems to actually care for Lou? Yeeees boi, get to our side!

Oooh we finally see Lou in a bit more action! She charmed Ansel, I feel so bad for him, he seems like he’s always been overlooked and seen as a number rather than a person. And yet still, he seems not quite as broken like the rest, there’s still soul behind his uniform so Lou feels protective of him. When Bas begs her to stop I wonder if he knows it’s his memories she’s targeting or if he thinks she will do something much worse?

Maybe most importantly, Reis knows Lou has lied about all this and is pretty sure she’s the one who’s let Bas go but does not give her in. Why? Is it because her actions reflect his now or ya know, maybe he’s getting at least intrigued by her?

Interesting how through the mass Lou does realise she’s the biggest hypocrite there, I do want to know more about her back story we have the woman seeking her and the neck scar to learn about at the very least! I can bet you these two are related too!

We finish today’s session on a very intriguing bit indeed! Madame Labelle shows up insisting on speaking with Lou and almost as if in rage jumps her and tries to say something. It’s a Reis perspective so we don’t even get a glimmer of what that was but Lou suddenly changes her mind and does want to hear her out (obviously can’t now) but it must be magic related! Maybe something about the woman who seeks her??

Let me know your theories!!

Be honest, did you peak further or are you strong enough o stop here?

Let us all know which part is your favourite from today’s section!