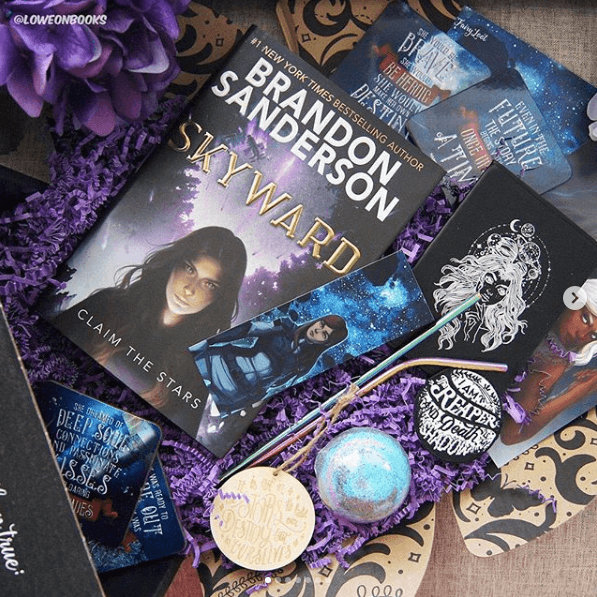 Before we get into this, I got a question for you – what would your callsign be?? I’m dead curious so do let me know!

Hope you had a nice start to the Readalong yesterday and had a chance to read through your fellow FairyLooters comments. If not, all the posts can be found under the Community tab on the website! Today we’re reading chapters 10-16. Let’s get into it!

Please be warned, the following will include spoilers for Skyward chapters 1-16 inclusively. Read only if you’ve finished those chapters!

Okay so I might have thought this “let the cadets fly to battle” was possibly some test for newbies, but NOPE.

One stray ship does go for the Alta base and Jerkface is allowed to engage. But then, of course, our girl goes too. Of course. This will be her thing, won’t it?

I love these naturally sticking names like Quirk instead of Quick, can you imagine? What if she also dreamt of that name for years like Spin did?

Quirk takes a long range shot and saves the day. I also really like how Spensa acknowledged she’s rubbish and that they should NOT be flying. It’s nice to see she’s self aware even when her bravado will probably always drag her into situations she’s not qualified for.

Okay, I am outraged. They have refused to spend resources on her and so other than attending her classes she is not allowed to sleep or eat there. Well, what a lovely grown-up way of handling this situation, Ironsides. More than anything I’m just upset we will not get a chance to get to know the characters outside the classes but I’m sure this will play a role further in the plot or some character development. I’m sure there are millions of valid reasons, but ya girl is still sad about it.

Her drama over bacon is hilarious.

‘I will let my wrath burn within me’

We spent so much time talking about the eject option and the rumour that you are never permitted to fly again if you do. Then Cobb constantly drilling into them that you do eject if you find yourself in that situation –  I am confident we will find ourself in one with Spensa for sure.

Morningtide doesn’t speak English! It’s odd how I didn’t think about that possibility. I think I just assumed that everybody in the original ship that crashed on the planet spoke the same language. How interesting! I didn’t see that coming, I was with Spensa in thinking that she just has something against her!

Oh my goodness, the slug talks. What? I know it just mimics but the SLUG TALKS! I hope Spensa is not hallucinating it.

Spensa has this attitude where it’s not enough that she wins, others, especially Jerkface, must loose. He seems to have a serious confidence issue and so after she decides to crash into him during the game (not the smartest decision on her part, if we’re honest) he “lets it slip” of who’s daughter she is and that she sleeps in a cave. And just when she was getting along with people who didn’t put her into that neatly labelled box of  “daughter of the coward”. Sure, this would have been revealed later at some point but damn, still. What a crap move!

Oh and Brim flirted. That was nice and awkward. Moving on.

I feel like I barely touched upon the ship we were sleeping in! I understand her decision not to get back to her family’s place, this seems like her thing to do, her experience, and we know her mother is not the most supportive of DDF, which of course is understandable, considering. Actually I’m surprised parents let the kids to even apply for flight school, but I understand in their culture it’s considered a duty and an honour.

Regardless,  we powered on the ship!! And tomorrow we get to meet it!

What was your favourite part of todays section? Any speculations? What do you think about her being shoved away from everyone else, having to sleep and eat separately, why do you think author went this way? How much are we disliking Jerkface just now?

Hope you have a wonderful day guys!