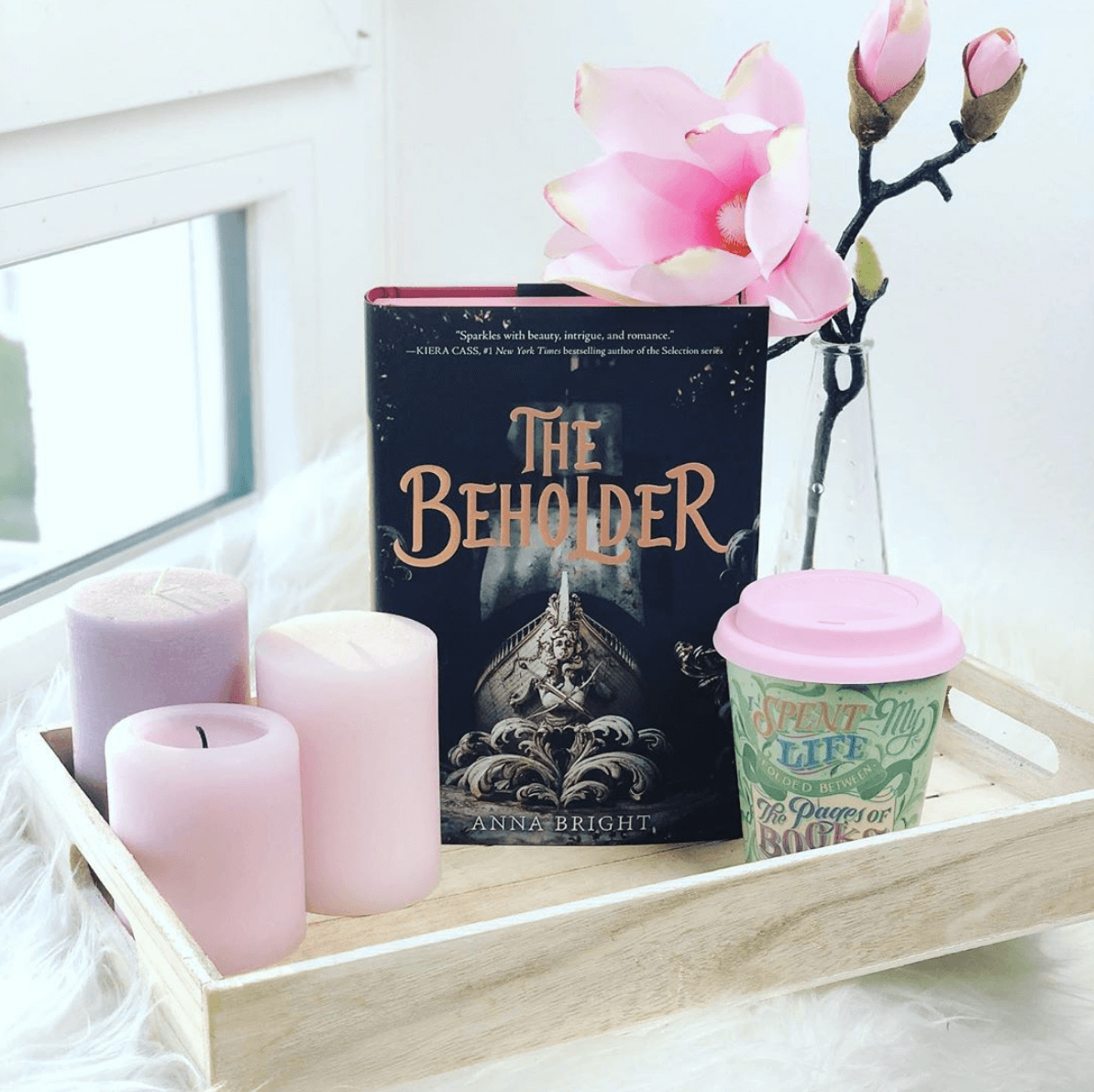 Our mid point of the readalong! We shall step into the second half after today! Hope you are enjoying the experience so far.

As you might know, we host a bit of a hush-hush competition every time a readalong takes place, to give really good chances for those participating to win! it’s really easy to enter and you can win your next box for free! After all, reading together should be rewarded 🙂

But let’s get on with the book! We’re onto chapters 25-35 today! Get ready for a bit of a rollercoaster!

Please be warned, the following will include spoilers for chapters 1-35 of The Beholder by Anna Bright . Read only if you’ve finished those chapters!

The tournament day arrives and I’m relieved we didn’t go into too much detail about it, as Selah seemed to have also think it was quite a boring event.

Do I sense something brewing between our girl Selah and Bear? How would you feel about that?

Okay there’s for sure something between them, the good old tie scene!

Aw they have made walnut (pecan) pie! Because of her baker visit. That’s so cute. I thought the whole “let’s go see the town and the locals” was adorable, even though also entirely nerve wrecking? Why didn’t Perrault tell her about the local customs and what’s acceptable, and what the etiquette is? He’s a bit of a rubbish advisor, wouldn’t you say?

Where does Lang keep disappearing and what are they up to? I feel as though Selah is kept in the dark about something important. If I were her I’d march into one of their rooms and demand to be told what’s going on. This is going to nip us in the butt at some point!

We finally learn a bit more about Bear, especially through his friends. I find that a lot can be said about a character when they are around their usual group.

They share a dance, aw. But here comes in Perrault! The forever-third wheel. I’m not sure why Selah dreads him knowing she feels something for Bear so badly, surely she’s not done anything incriminating yet!

As annoying as he is, you have to admit he has a point. If she does offend the first suitor, I’m sure that information would spread and technically it’s political suicide. I hate it when he has a point haha.

Bear and Selah do not speak for four days while she is avoiding him however she gets left behind during a fox hunt and they get a chance to chat. She really opens up, when I think about it I’m surprised she hasn’t already, it’s not like she has anyone else to vent to! Where is Lang? (How many times will I ask this? Any bets? haha I’M SUSPICIOUS!). I felt there was trust between her and Lang, but he has completely abandoned her?  Shame, I did like him!

Also Bear being a bit secretive about his parents, no? What if it’s actually the prince himself?? Probably not but plot twist if it is!

Although I keep having a bad feeling about this. Is it just me?

Ooooh a kiss! Damn, why does nobody ever knock!? Always getting interrupted during the good bits!

Bear is acting very English-like, and as chivalrous as it gets,  going undercover to be a mysterious knight and wining her favour. But Bertalik is Not. Happy.

Bear is actually the prince she was courting! They pretended he is not because they suspected her stepmother of a scheme and took precautions. Even though it seemed like a perfect repercussion, understandably Selah just feels embarrassed and tricked. I think it’s mainly because the whole family knew all along and it can be so humiliating! However, she is acting a bit holier than thou here, as she did technically cheat on the person she thought she was there to court. What do you think?

Should she have left? She did raise a good point of being labelled as that girl. We all know how it tends to be.

Well, whatever we think she should have or shouldn’t have done, off to Norge we go!

Very interested in hearing your thoughts on this part!

What would you have done? Do you think the deceit was justified, should they have reveal it sooner? Should it have been revealed in private? Did you find their approval of her secret affair is a bit odd? Are you team Selah or team Bear, or are you swimming in the … *tries to think of a couple name thingie*… Selear? That doesn’t have a good ring to it haha

59 thoughts on “The Beholder Readalong: Day 3”