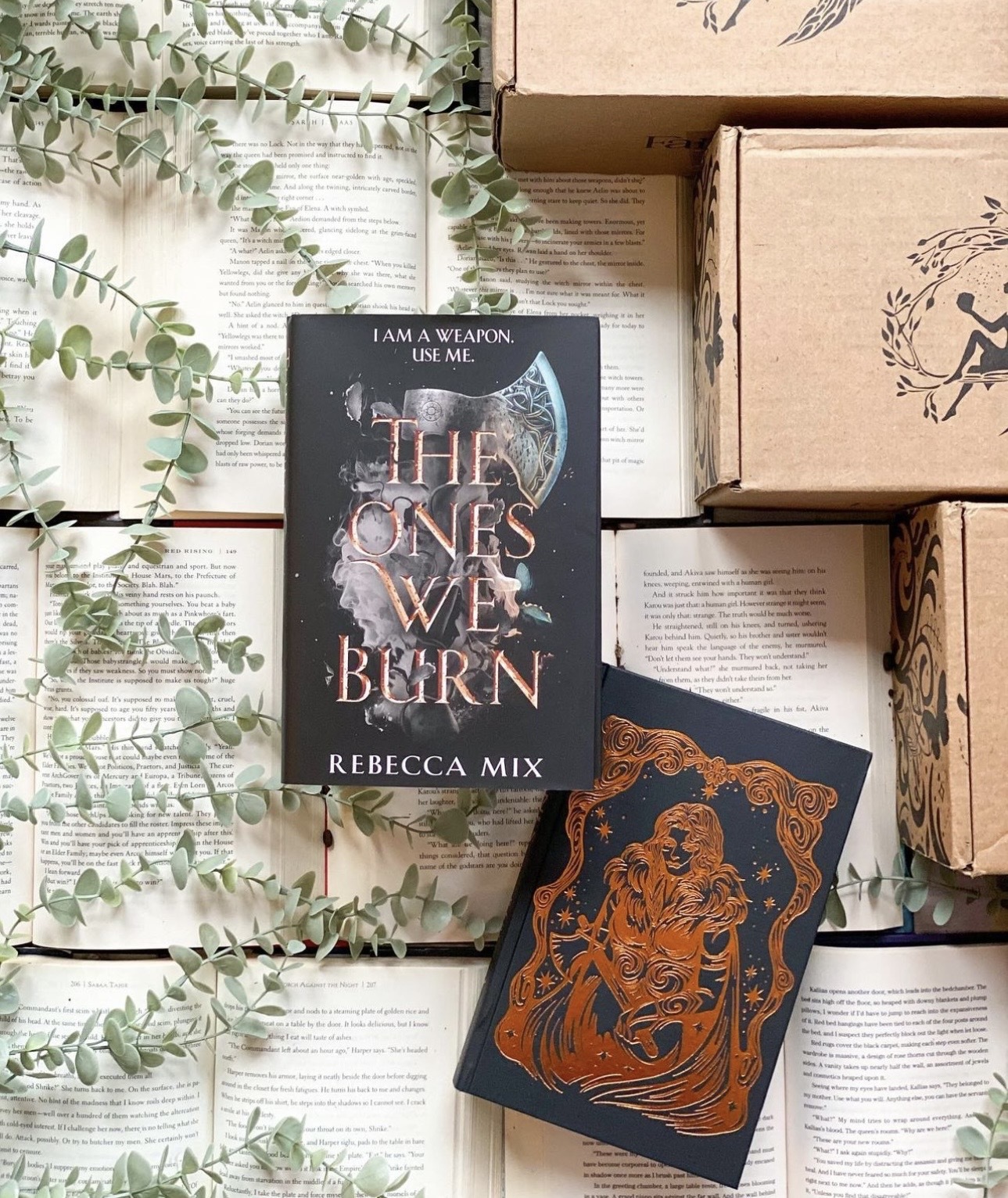 Happy Monday and welcome to day 1 of our readalong of The Ones We Burn by Rebecca Mix.

Since today is day 1, we’ll be reading from the beginning to the end of Chapter 14. Get comfy and let’s get started!

When you’ve finished today’s section, catch up with me in the comments down below so we can discuss the beginning of the book!

Please be warned, the following section will include spoilers for The Ones We Burn by Rebecca Mix from the beginning to Chapter 14. Please only read on if you have finished this section!

We meet Ranka, a witch. She’s searching for another witch named Yeva. During a coven meeting it’s decided Ranka will go to Seaswept and become betrothed to the prince, infiltrate his home and kill him.

No one in the palace knows of Yeva though. Ranka is introduced to Galen and Aramis. She quickly sees that Galen doesn’t do much leading, his sister Aramis seems to, even though her brother will one day be King. She also meets Percy, ambassador of the Star Isles.

Ranka overhears that a witch has died and Foldrey tells Aramis the morgue has been paid off. She seizes her opportunity and follows Aramis and Percy. She learns of sick witches, but not what’s happening to them to become sick. When they’re ambushed, Ranka saves Aramis and Percy and they reveal that they’ve known all along that she’d been snooping and following them.

Aramis wants to know who Yeva is. Ranka explains and tells Aramis she may be her only chance to get Yeva back. Aramis has nothing to do with the disappearance though. They come to an agreement, a deal to help each other.

It’s time for some quality time with Galen! Ranka and Galen escape the palace for a day to attend the parade and explore the city together.

Do you think Ranka will find Yeva?
Do you have any theories on where Yeva might be?
What do you think Aramis’s plan is?

See you tomorrow for day two of the readalong!

8 thoughts on “The Ones We Burn Readalong: Day 1!”