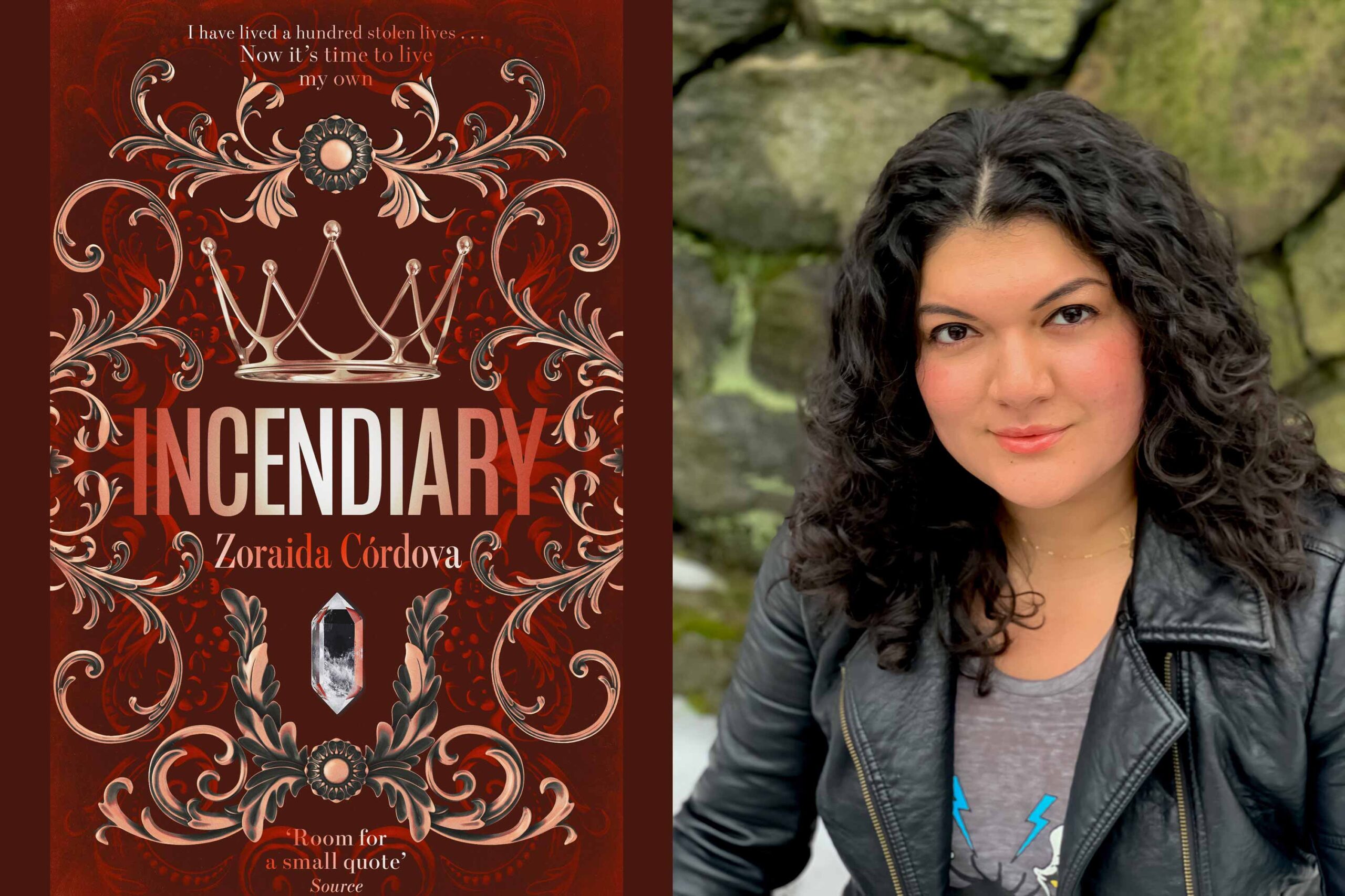 ABOUT ZORAIDA CORDOVA
Zoraida was born in Ecuador and raised in Queens, New York. She went to high school in New York and studied at Hunter College in New York and the University of Montana in Missoula. When she isn’t working on her next novel, she’s planning a new adventure. Zoraida loves snark, black coffee and she still believes in pure magic. All her life, she has always liked stories about magic and the impossible worlds.

What inspired you to write INCENDIARY?

When I started working on Incendiary, I was instantly drawn by the idea of a magical group of people struggling for survival. I’ve often thought about Incendiary as a sort of Star Wars set in a fantasy landscape. I’m not sure if it’s because I’ve written for Star Wars or because it’s so embedded into my subconscious. But it’s all there: A group of rebels fighting against a ruthless ruler? An agent of that leader who is tasked with destroying these rebels, but could actually be turned? I can’t ever turn away from a story of rebellion and redemption.

Did you have to do any special research for INCENDIARY?

The setting is inspired by historic Spain. Reading about that time period was very frustrating and painful at times because there are some things in the texts, like Daily Life in Spain in the Golden Age by Marcelin Defourneaux that made it clear how cyclical hate is. In Incendiary there is an office of inquisition called the “Justice” and operates like clerics and judges who persecute the magical people of the Moria. For that, I focused on books about 15th century Spain and the Inquisition trials themselves. It was very frustrating but I ultimately channeled that into the world of Incendiary. Right now I’m continuing to read and research, but this time I’m looking at pirate books.

I’m answering this during the time of Coronavirus, so my writing days have changed quite a bit. Usually, I go to my office where I have a shared space with two author friends. On those days, I’d get up, make breakfast, take the train to my office. I start with half an hour of administration work answering e-mails and taking care of the business side of being an author. I write in 30-minute sprints using the Forest app. Sometimes I stay until dinner time, and other times I stay until 2 in the morning with Dhonielle Clayton (we are usually on deadline at the same time). Sometimes I don’t write at all and binge watch Supernatural and Brooklyn 99. Everyone has their own routine and every book will require a changeup. I published my first book in 2012. The only thing that has changed is that after my first trilogy I became a hardcore outliner. I can’t start without an outline. It helps me keep my deadlines in check, but also it gives me a starting point and a guide like a GPS. Outlines change, I take a different path and reroute, hoping to get to the right ending.

My favorite scene is toward the ends of the book when Ren is brought face to face with the object of her hate. Prince Castian. Of course, they have to dance and she has to try and not murder him. From then on, I loved each and every one of those scenes. I also loved writing any scene with Leo, Ren’s attendant, and when Ren is working in the palace.

I have a fantasy playlist of various movie scores. Sometimes I just listen to something on loop until the scene is finished. For Incendiary, I couldn’t listen to music with lyrics, though usually, I do. Here is my link to my Spotify playlist: https://open.spotify.com/playlist/1o6qIAWn87KJGJFrOvRcn9?si=VufH-YnCQAecZhnW5Fq8Qw

I usually only drink black coffee while I write. I don’t like getting crumbs on my keyboard lol. But when I’m finished or take a food break I’ll allow myself champagne gummy bears (my favorite candy) or chocolate chip cookies. Also, a whisky nightcap.

That would be the research. It’s heavy stuff and I’m the type of person that feels everyone else’s emotions. I guess if I were Moria I would be a Persuári, able to take on the emotions of others in some way.